First of all I would like to confess to not being a skilled bike mechanic.  I can do the basics but I trust my bikes to the pros usually for serious work.   Recently my old Pinerello started acting up.  This might be useful to you one day.   As I was out of the saddle on Sonoma Valley hill,  there was a loud cracking sound coming once per revolution from my crank.   I recorded the sound with my cell phone video camera and played it for Jay my mechanic.   Turns out is was a worn out bottom bracket.  Jay ordered a new Campy bottom bracket bearing assembly and a week later he set up to install it.  But there was a problem.  The outer bearing flang had seized to the bike frame.  Since both are the same metal,  they had galled or welded together.   When using the same materials on threads it is recommended to apply anti seize compound.  But instead these were welded together.

Jay tried bravely and destroyed his campy tool designed to remove the tube shaped flange.   With no tool and welded parts, Jay called me to pick up my bike.   It looked like the end of the road for my beloved 2003 Pinarello Prince.

I just could not let this bike die.  Not on my watch!.  I checked with my buddies and went at it .  Needless to say I tried lots of ideas that did not work.   At one point,  I drilled and tapped a screw into the flange to try and get a grip and rotate the flange.  Did not work.  The screw sheared off.   But this gave me an idea.  The threads actually held. So I bought an three foot aluminum bar and drilled and tapped 8 screws through the bar into the flange.  I had already soaked it in penetration oil.    So with my bike in my Park tool stand in one hand and the three foot bar in the other, I cranked as hard as I could.  Nothing.

In a one last desperate attempt,  I remembered something from school.  Thermal expansion.  If I could heat the outside of the threads, the tiny growth might loosen the threads just a bit more.  So I borrowed my daughter's hair dryer (she said I had to mention her) and heated the bike frame.   I cranked on it again and POW, it broke loose.   I showed Jay the tool and he could not believe.  The extremes you go to for love! 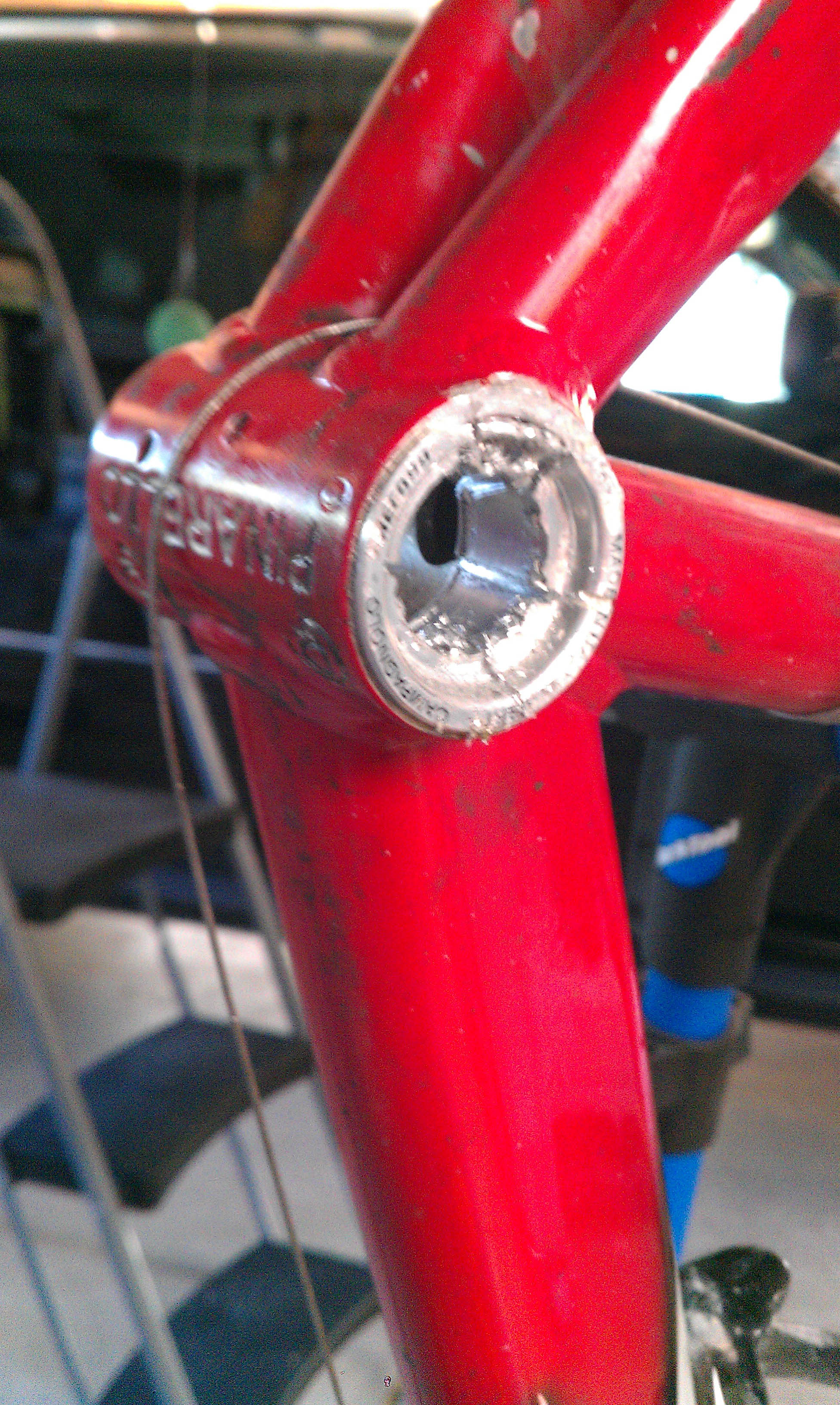 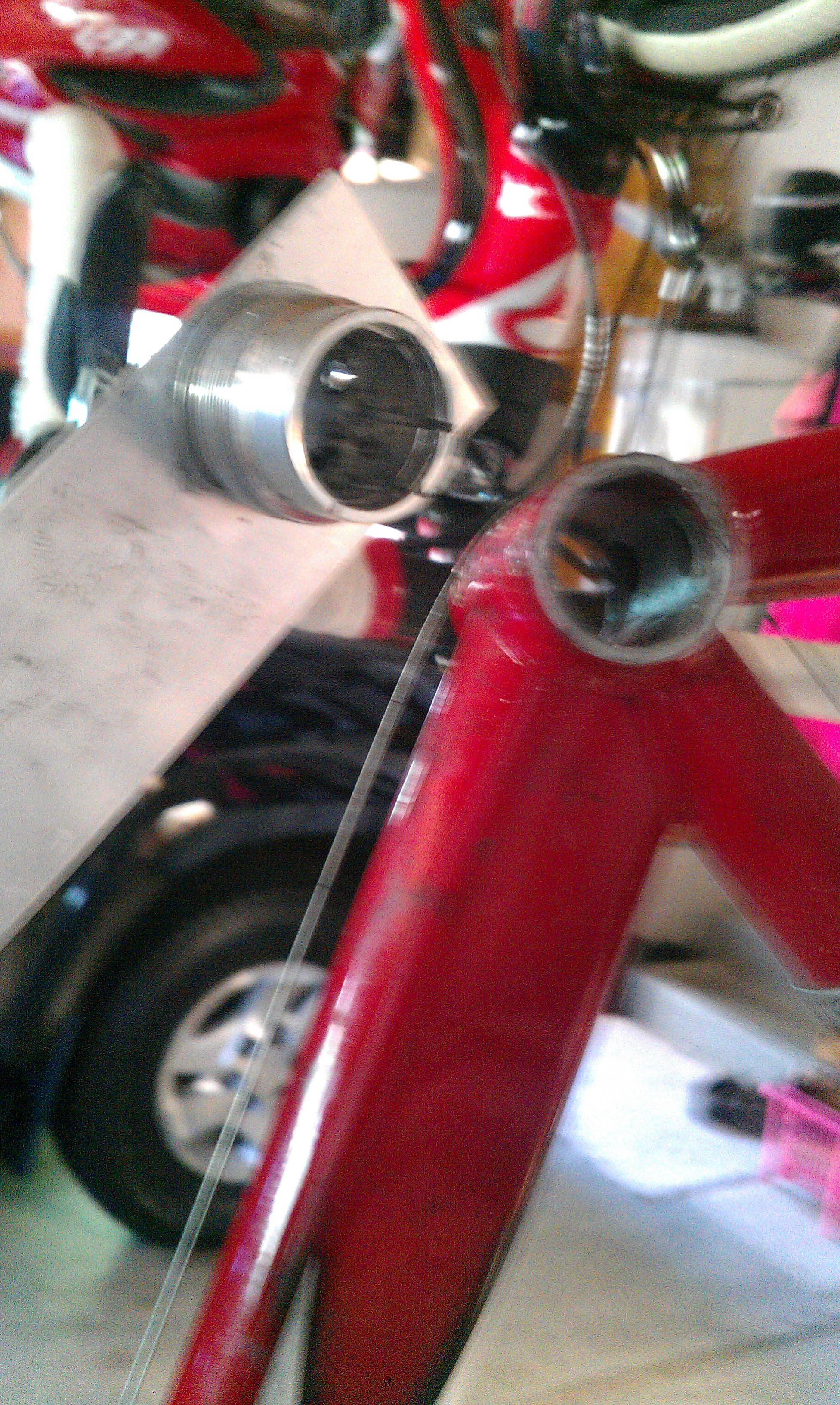